DIY is not always easier, cheaper, or better.  Sometimes it is though! And sometimes it is all about…the process.  This just pretty much started out as a disaster and got worse from there.

I was almost out of dish soap.  I thought – Hey! I’ll make some! I mean my current dish soap was totally getting the job done and it was super cheap, but it did have lots of chemicals in it which weren’t all that great for the aging aerobic septic system we have so, why not!  I also didn’t want to be making a soap that would cut into my kid’s college fund, so it needed to be cheap.

After consulting the almighty Google, I found what appeared to be a super simple recipe that you’d have to be a complete idiot to mess up.  They even had a video for me to watch them make it, ya’ll….

The recipe called for just three simple indgredients all of which I had because I was already planning to make laundry soap (which I am still PLANNING to do…planning being the key word here).  The ingredients were also not anything super weird that I would have to order off the internet and have sent to me internationally from an alpaca farm in the Netherlands or anything like that. Plus I could add some of my oh-so-wonderful essential oils too, so I was excited about this!

All you have to do is boil some water (check), and pour it over the other two ingredients (borax and some ivory soap bar shavings), dissolve, stir, let cool and voila!  You are supposed to have thick lovely all chemical free dish soap…. 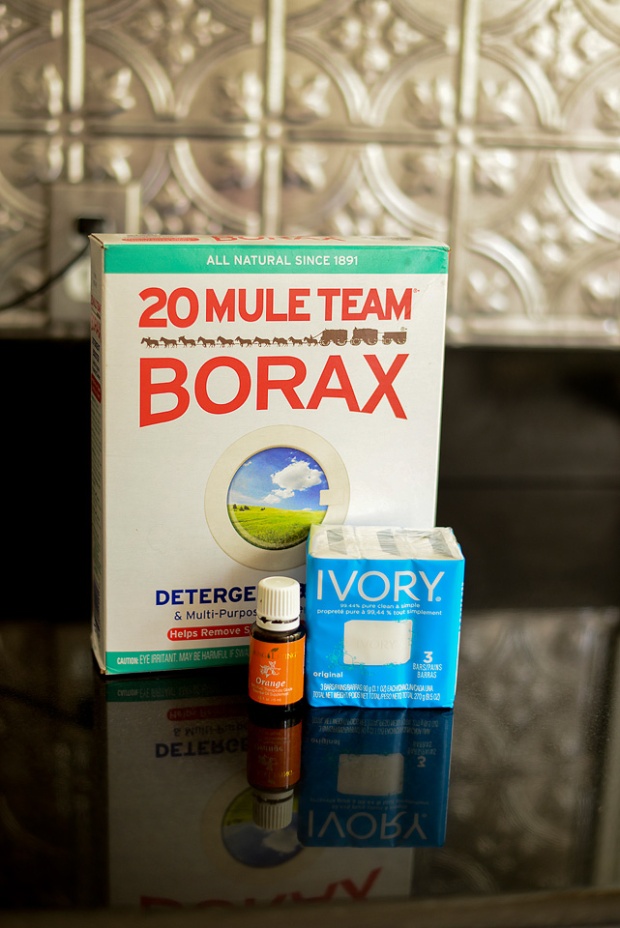 I did that – only my jug was huge so I doubled the recipe.   I should mention here that I did NOT watch the video the first time.  I mean, it was so easy…

I ended up with a lovely smelling bowl shaped chunk of …soap?  After six hours and so much anticipation of pouring this natural soap into my empty soap bottle – I was so disappointed.  I tried all kind of ways to fix it.  I melted it back down on the stove, I tried to whisk it  – at which point the whole blob flew out of the bowl and slid across the counter taking out the stack of dirty dishes I desperately needed to wash but which were waiting on SOAP!!

Trying to pick up a slippery bowl shaped blob of soap is pretty funny though.

SO – I put it in a plastic bowl and nuked that sucker in the microwave.  It got liquified enough to pour into my container and I thought I could probably still use it.

It solidified once again and so then I had a slightly less solid soap bottle shaped chunk of soap.  If you used two hands, you might could squeeze hard enough to spurt out a couple white chunks of soap onto the dishes.  While the middle kids enjoyed the rude flatulating sounds it made, it really wasn’t cleaning the dishes and my daughter – who’s nightly chore is to wash dishes – was getting increasingly frustrated.

She takes her work seriously.  “I simply cannot work under these conditions!”  Ok, she didn’t say that so much as “This soap stinks, mom.”

SO – I tried again. this time I watched the video.  Ooooooohhhh, you’re supposed to stir it throughout the day while it cools.  So that’s where I went wrong.  Once again, I whipped up a double batch, measuring meticulously and made sure I stirred it.  This time six hours or so later, I was left with a beautiful bowl of ….slightly soapy water?

It didn’t gel at all.  So I thought, hey!  I’ll mix this with my other batch and maybe it’ll all even out.

It didn’t even out.  It was just some water with some chunks.  Still not cleaning the dishes.

I gave up for about a week – still refusing to buy soap from the store.  And finally decided to try again.  I cleaned out the soap bottle, dumping my failed efforts into a mason jar and sitting it next to the sink.

This time I was very careful about the measurements, mixed up just one batch and was careful to stir 3-4 times during the day while it was cooling.  A couple of times I noticed it was gelling up too firm like the first time so I was able to whisk it back to the right consistency. FINALLY, that evening, I had a beautiful bowl of gorgeous chem free dish soap which DID in fact pour as it was supposed to into the soap container.  It even squirts out the nozzle properly and my teen has stopped huffing and puffing as she does the dishes – ok well, that’s not true but it’s NOT because of the soap.

So, now that I made you read all of this.  I’ll direct you to the actual recipe so you too, can go have your own DIY dish soap making experiences.  And although essential oils are optional, I love the extra cleaning power the citrus oils offer as well as a nice fresh smell.

I used Orange oil, but lemon is also a great cleaning oil as well.  You can get a bottle for yourself HERE.  (Be sure to check out all the other ways I’ve used those in THIS post.)

I also added a little bit of thieves cleaner to boost cleaning power as well.

So, best of luck in your soap making journey and please comment below with how yours turned out!

Here’s the famous recipe I was using.

1.Shave 2 tablespoons of ivory soap with a cheese grater. 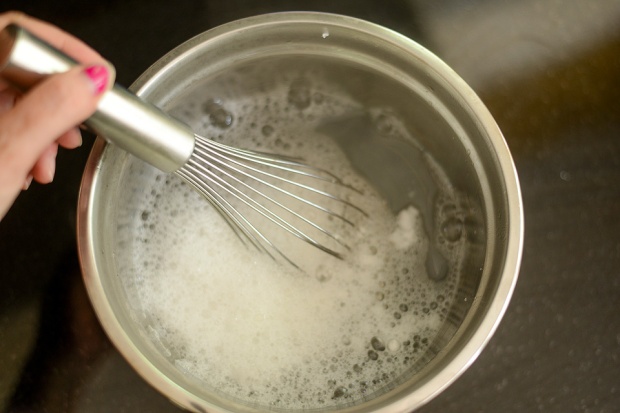 Let cool for about 6 hours stirring frequently to avoid coagulation. 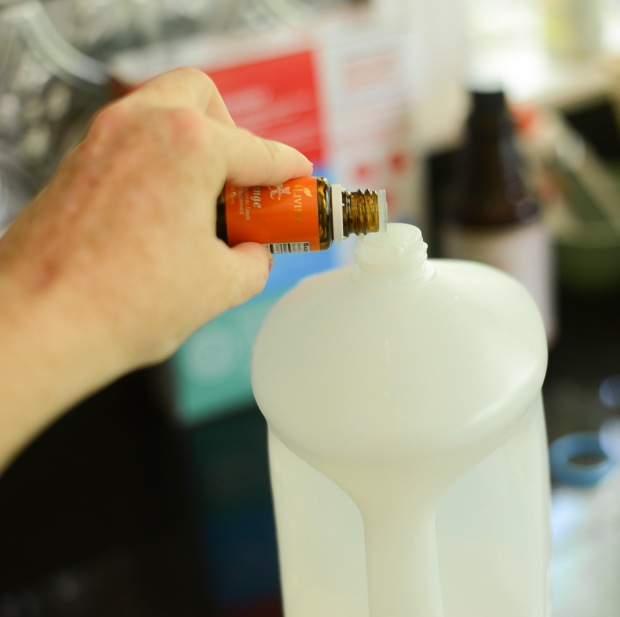 Once Cooled, add your essential oils and thieves (optional) and pour into your soap dispenser.

My soap would separate a little if it sat for along while, but a quick shake before using would mix it all back up again just fine.

What’s in the Vault

Bringing up the Past